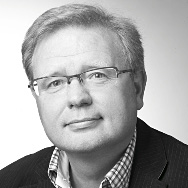 Finance professional with extensive experience in a wide range of roles in multinationals, SMEs and the public sector. This involves management- and staff positions. Léon’s  knowledge and experience include working on growth scenarios, restructuring, financing issues, business models. He is asked regularly to monitor the business with a critical eye, make a feasibility assessment, find an investor or advise about the risks in a plan and possible blind spots in the (teams of) employees that will execute it.

While preparing for the annual closure cycle, the group controller and the corporate finance team of Grontmij were faced with a number of challenges and bottle necks due to a multitude of ongoing processes and a complex consolidation of several legal entities in France. A listed company like Grontmij can’t afford problems or delays in the annual closure because of mandatory reporting deadlines.

Before the company decided to hire a multilingual finance manager on an interim basis, there were several misunderstandings and communication problems between the local entity and the corporate team. In view of his international experience, particularly in France, and his proven financial skills, Léon Nijhof RA was asked to help out by building a bridge between both teams.

Part of the problem was the labor-intensive process of answering all additional questions and requests from the head office quickly and adequately. Local priorities regularly seemed to deviate from this process.

Complicating factors were resignations and absences due to health problems of several key figures of the French finance team in an already turbulent environment.

Reporting deadlines were met and additional information was made available in an appropriate way due to commitment to the task and by remaining calm in stressful and, sometimes hectic, circumstances.

By assigning an interim manager to liaise between both teams the group controller has been able to improve the intercultural relations and the closing process substantially.

Frank Jonk, group controller Grontmij NV, says: ‘Of course we carefully considered this solution before going ahead with it, including a cost benefit analysis. It has definitely been worthwhile.’

The month end closing process of Dematic Europe was influenced by the performance of the French Finance department. Although the significance of the French figures in the consolidation isn’t high, the problems of not respected deadlines and the unpredictability of outcomes were addressed as areas for improvement.

Due to high turnover of staff, there was lack of knowledge of the ERP-system and the local controller tried to compensate this with Excel applications. The high failure risk of manual processing in combination with too little self-control turned out to be the major causes.

In the same period the local team was strengthen with a pro-active finance manager.

Jessica Schwarz CFO Dematic Europe: “Given our ERP-infrastructure our deadlines, although tight, can be respected as long as the existing tools are known and applied. Key is the knowledge and adequate staffing. Funny enough we found a Dutch to help us in France, because he has the profile of “experienced, hands-on and not afraid of details”. Because the newly-hired finance manager continues very well on this fundament, we are still happy with the work that has been executed”.

By the year 2000, Nedac Sorbo found itself in an uncomfortable position after the external succession of the founder was not successful. A strategic reorientation resulted in the conclusion that a sale of the family owned business to private equity would be the best way to prepare the company for the future. At the same time, it became clear that the German part of the business needed to be divested.

The carve-out took place and subsequently a turn-around was realized together with the investor. This was necessary to regain a healthy cash flow. It meant that it was possible to opt for a growth strategy once again. Small acquisitions in the Netherlands and Belgium followed. As a result the fixed costs of the company’s logistical facilities were spread among more operations, enabling value creation through the acquisition strategy.

The next step was geographical expansion to the UK.

Patrick Kalverboer, investment manager at the time and now Managing Partner of H2 Equity Partners: ‘This is a fine example of how I like to cooperate with the management team to realize the potential for improvement we have identified.’

Sara Lee had found that there was room among its French clients for another category. This offered the advantage of spreading the costs of the commercial organization over more products.

Sara Lee and Nedac Sorbo entered in to a cooperation agreement to realize the potential.

Benno Duetz, CEO SC Johnson Bama Germany, says: ‘We got to know each other when we both worked for Sara Lee. Periodically, we informed each other of developments in our new work environments. When we were discussing an initiative for the French market, cooperation with Nedac Sorbo turned out to be a good option. While negotiating the contract we constantly asked ourselves ‘How can we make sure it is indeed going to work?’ Together with Léon Nijhof we created a framework for the cooperation, which  was used successfully by both organizations.’

By acquiring the French company the turnover of Sara Lee Processed Meat in Europe tripled. During the acquisition process some employees of the target company mistakenly thought it was merely a financial investment. This had negative consequences for initiatives like cross-selling products from other countries.

As a member of the integration team, Léon Nijhof was charged with streamlining reporting, harmonizing management control processes and identifying best practices in the target. This took place in a situation where the target’s CFO left the company shortly after it was acquired.

It was a very labor-intensive process, since the acquisition involved a sub consolidation of more than 20 legal entities, spanning 3 divisions that were widely spread geographically. In close cooperation with a local auditor, conformity to the reporting standards of Sara Lee Meat Europe was achieved soon after the acquisition. This meant a better focus on cash and better cash generation.

Erik Dijkstra, Sara Lee Processed Meat’s manager Business Control at the time, says: ‘We were able to put this foundation to good use in the management of the organization later on.’

Zone3 is a social non-profit enterprise. Growth of the activities without proper attention to management of working capital created liquidity problems. Management had presented a plan to the supervisory board to solve this issue.

Léon Nijhof was asked to analyze the plan and help obtain financing if necessary.

When starting the analysis, Léon also looked for someone in his network who could offer financial back up from a philanthropic point of view, if necessary. The aim was to take away pressure from management and help them make the right choices.

The analysis entailed gaining a profound insight into the problems to facilitate the choice management had to make. This resulted in insights that presented alternatives for the existing plan.

Anton Spaans, interim controller Zone3, says: ‘Léon started with an extensive analysis, using a detailed model, which enabled him to clearly define the problems. During this process Léon proved to be a knowledgeable and professional adviser who is experienced in a wide range of disciplines. This enables him to add a lot of value.’